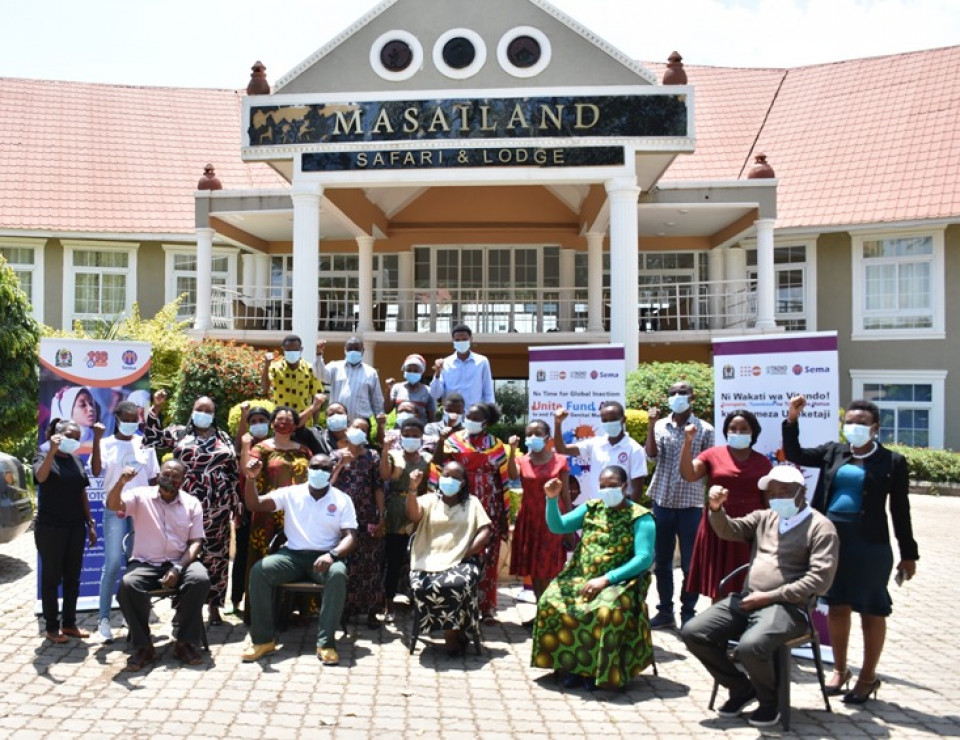 This month C-Sema and TADIO with support from UNFPA organized training workshops in Arusha and Mara regions targeting community radio stations in efforts to increase their knowledge on understanding FGM and its impacts on the society. In commemoration of the international day of ending zero tolerance on FGM, we organized these trainings in line with the global campaign, “No Time for Global Inaction: Unite, Fund, and Act to End Female Genital Mutilation in 2021”

Our goal for these two workshops was to enhance community radio stations knowledge on the plight of girls in regions where FGM and Child Marriage is practiced for awareness and campaigns uptake through their respective media houses.

The workshops first assessed progress made, identified existing obstacles and challenges; and then acted as a platform for journalists to exchange experiences and share impactful ways on ending FGM and Child Marriages within our communities.

52 community radio journalists attended the workshops and committed to become agents of change in the fight against FGM through their work as journalists. The information acquired from our training will be used to create content for their radio programmes campaigns against harmful practices in regions where FGM and Child Marriage are practiced.

The attendees also learnt how to effectively look for information as part of research to ensure they obtain cohesive and sustainable streams of information that will amplify discussions at community and national levels concerning FGM and its harmful impacts. It also helped them understand policies, laws, regulations on FGM and the child protection systems established to respond to GBV and Violence Against Women and Children (VAWC).

After training, all individuals were given a little exercise to gage their knowledge from the workshop. The results showed that their knowledge on FGM and Child Marriage had increased substantially. All trained journalists agreed that their capacity to develop community led radio programmes was amplified and because of it, they would now be able to effectively increase community awareness on the negative effects brought on by FGM practices within their communities as well as the country and as a result, they produced several media items concerning FGM and Child Marriages that were published online, on Daily Newspapers, social media and even on TV.

Pasco, a journalist from SACHITA FM said, “I am very happy that C-Sema organized this training; It has come at the best time and has personally helped me gain a different perspective in journalism especially on how to portray child marriages and FGM to the public.”

Having multiple individuals have positive takeaways from our training and aspire to do better on a matter that has affected countless women and young girls was more than we could have hoped for. We are optimistic that the future will be one where young women are protected from these acts.

This story was compiled by C-Sema’s Media Team.