December visit to the GBV Champs! 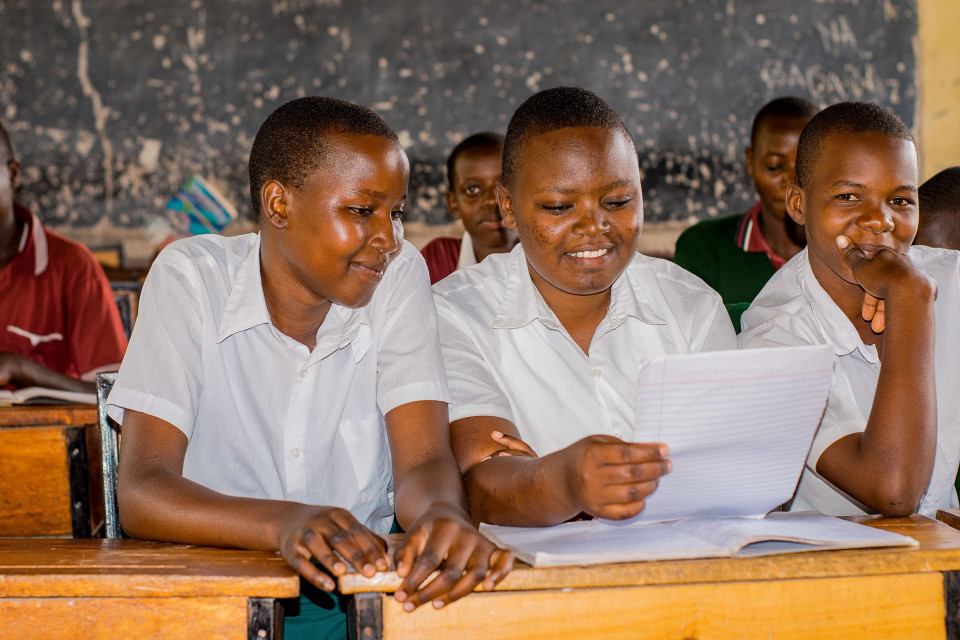 Last year in December, three form one girls, Helena Joseph, Mengi Daudi and Mengi Lucas welcomed our team at their school. These three amazing and brilliant young girls were among the winners of the International Day of the Girl Child Bicycle Tournament (IDGC-Tournament 2020); Helena was the first runner up, Mengi Lucas the 2nd and Mengi Daudi was the 6th.

To commemorate the 16 Days of Activism we wanted to speak to all 10 girls who were the IDGC-Tournament 2020 winners and mentor them in their new role as GBV Champions (GBV Champs to advocate for an end to violence against women and children, promote sexual and reproductive health education and promote gender equality in their schools, homes and communities).

At their school, we were thrilled to see the engagement between the boys as they spoke out on how young girls were targeted by the same community members who were supposed to be protecting them. The boys were sympathetic to the plight of their sisters and friends, especially those still in secondary school.

One of the GBV Champs told us how fearful she was in her community and that anything could happen to a young girl such as herself. She told us that her dreams could be instantaneously shattered if her parents decided to marry her off or if she got pregnant. All these things could disrupt the life she's trying to build.

We also talked about the long commute from home to school and how it is also a threat for most girls. Long commutes perpetuate the possibility of abuse. Girls also spend most of their time in their homes helping moms in household chores and in Msalala, these activities include animal grazing, firewood collection, water collection, cooking, etc. In turn girls, unlike boys, spend less and less time on their homework and private studying which affects their overall performance in school.

Despite the odds being stacked against these young girls, they are still very hopeful for the future they want and can achieve.  The GBV Champs and hosts were happy to share their stories on how thrilled they were with the IDGC-Tournament 2020!

Our 6th winner mentioned that it was not easy for her to come to the event because when she showed up at school that day, the whole ‘team’ had left and she had to ride her  bicycle to Segese grounds that were almost 22 kilometres away. She arrived to find the tournament about to start.

She told us that she had fought hard for her win because she wanted to prove to her family that she could do it for they didn't believe in her and thought she was wasting her time. For her, the win was not about the prize but rather about showing her family what she was capable of.

Collectively, the three GBV Champs asked us to prepare another event next year and other similar ‘GBV awareness’ events periodically. They say the events, besides providing a chance to prove to their communities their abilities as girls, are opportunities to engage, learn, and socialise because they believe it is more fun and healthier for them to meet new people and learn new experiences from people of different backgrounds.